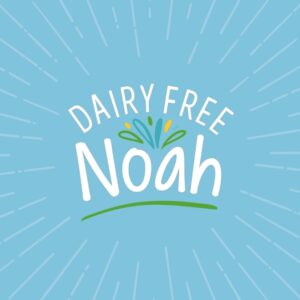 My name is Deborah, Mama to Noah who is allergic to dairy, soya and egg. We have both been free-from since Noah was 3 months old, when we discovered his allergies, as he reacted through my milk. Noah was incredibly poorly, with stomach ache, alongside a number of other symptoms. Since eliminating the foods Noah is allergic to, he has been a completely different baby.

As a breastfeeding Mama, this has been a tough year. Switching to alternatives has been a real eye opener; the variety of foods that are available now is huge. As a family we have made lots of dietary changes but discovering so many alternatives and companies who produce allergen friendly food, such as Creative Nature, has been a huge help!

During my maternity leave, I decided to start our page @dairyfreenoah with the idea and hope that it would support other parents or families going through a similar situation. I post recipes for our family meals, breakfast ideas, homemade bakes and products we use.

Being allergic to more than one allergen is tricky; often where dairy isn’t used, soya is used instead. You will often find foods labelled vegan which you think would be suitable but are then either ‘may contains’ for dairy or use soya! The free from sections in supermarkets are growing all the time. Have a look at the variety of products and you’ll soon work out what is and isn’t suitable. Having said that, there are also so many ‘accidentally’ free from products on the shelves which are a lot cheaper!

I thought I would share my 5 top tips which have got me though almost a year of being dairy, soya and egg free. I hope they help… 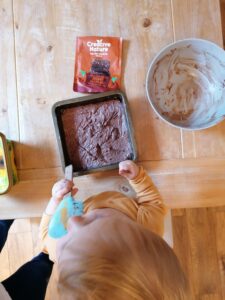 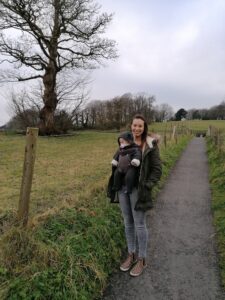 1. Always read the label: I spend a lot of time reading food labels, double and triple checking. It just isn’t worth the risk of Noah reacting. If you don’t want to stand in the shop doing it, you can always check online but be sure to confirm in the shop as I have found on occasion there can be slight recipe changes which haven’t yet got to the shop.
2. Don’t be afraid of being ‘that person’: I am now the paranoid mum who cleans everything before Noah’s uses it. High chairs are wiped down using Milton wipes, his hands are cleaned way more than I probably should clean them and I’m not afraid of asking again whether or not it contains.
3. Ask for the manager to take your order when you’re eating out: I have found this massively helps my anxiety. There will always be a cross contamination risk when eating out but you have to trust they will do their best. I always say the allergy is mine and Noah’s when ordering so they don’t think it can be taken lightly for my meal.
4. When ordering drinks in cafes, don’t be afraid to ask if they can use a clean jug and thoroughly clean equipment before making your drink. I haven’t ever had a problem and all staff I have come across are more than happy to help, even though you might feel like you’re being difficult. You shouldn’t have to miss out on those frothy lattes!
5. Start small and plan ahead: gather a few recipes you know are suitable for your allergies and get used to cooking with those ingredients. You can then build up from there and start to be more creative. Before you know it, you’ll be adapting old recipes or making up your own and you will hardly notice the difference. If you’re visiting friends or family don’t be afraid to take your own meal! This is something I often do.

Soy is a prevalent ingredient in many plant-based foods! Soy, a food protein acquired from a legume (immature green soyabeans/edamame), and is the building blocks for soy milk and foods such as tofu. Soy beans can be used themselves (whole soy products) or are processed to fermented soy products.

So, why is soy so prevalent in foods?

As mentioned before, soy can be processed to form foods such as soy sauce, tempeh and miso. Soy’s uses in food is diverse, and for this reason can be found in so many plant-based dishes! 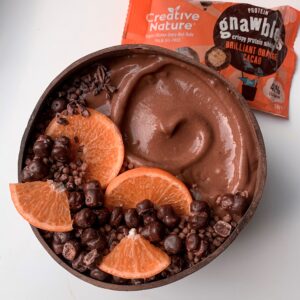 There are also many soy products such as yoghurts and cheeses that act as a plant based alternative to your shopping list essentials. Although it seems like soy is everywhere, there are many alternatives on the market! Including some of our own: