Home / Blog / Allergy Diaries : The Not-So Glorious Side to Gluten

Gluten is vastly used in the food industry nowadays, it can be hard to get away from it especially when you know you’re intolerant or allergic to it.

Everyone’s roughly aware of Gluten’s whereabouts – breads, bakes and biscuits (they’re the obvious ones). What fewer people know is that gluten is much more present than expected. It’s a lot easier to understand why a certain food would have gluten in it if we actually understood what Gluten is and comes from in the first place! Let’s go for a quick whistle-stop tour to get the low-down on Gluten…

So what is Gluten?

Gluten is the name for a group of proteins found in cereal grains. The main three groups of gluten-containing grains (named ‘the big three’) are wheat, barley and rye.

So, the mixture of multiple proteins (which belong to the same family) can be split into two groups.

(1) Gliadins – which is what helps bread rise whilst baking.

(2) Glutenin – which results in the dough’s elasticity.

Gluten is essentially the glue holding together the ingredients of your bakes. This is why you may find that (stereotypically) gluten-free alternative are less chewy, elastic or high-risen (but never with Creative Nature’s products).

A microscopic look at Gluten:

Gluten (the proteins) is found in the endosperm (a type of tissue) in seeds ; the endosperm’s role is to nourish the plant embryos during its germination. However, this is what is ground when seeds are processed into flour.

Do all grains contain Gluten?

Some grains do not contain the proteins that formulate gluten… here’s a distinct few: 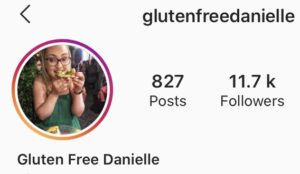 My names is Danielle, I am 23 years old and I was diagnosed with Coeliac Disease in May 2017. I am an Events Coordinator and on the side I run my blog, Gluten Free Danielle.

I was first diagnosed with Coeliac Disease when I was suffering with a lot of stomach troubles, headaches and feeling very fatigued all the time. I had two blood tests which came back borderline coeliac and I was then diagnosed after having an Endoscopy. I have since followed a very strict gluten free diet and my lifestyle has changed completely! 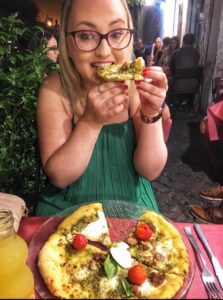 One of my worries is eating out. I love to eat out, and it’s something I always did and carried on doing when I was diagnosed. However, it became a bit more difficult as I would have to plan instead of doing it spontaneously. 9/10 I won’t visit anywhere unless it has a specific gluten free menu. If I know they offer gluten free options and the place has good reviews then I’ll go, but mainly I prefer it if they have an actual gluten free menu. It’s always a huge worry about cross contamination also, I worry that this is not taken seriously. But again hopefully the reviews reflect this.

Tip: always do your research as I mentioned above. Trip advisor is perfect for this – if you search the restaurant/cafe in trip advisor it will bring up the reviews and then use the search bar again to filter the reviews. I usually use the word ‘gluten’ or ‘coeliac’ and it will bring up all the reviews that have used them words. Also, call up the restaurant and check they can cater for you and when you make a booking, make them aware so they know in advance. There’s also a few Facebook support groups out there if you’re on Facebook. You can search in these groups also! 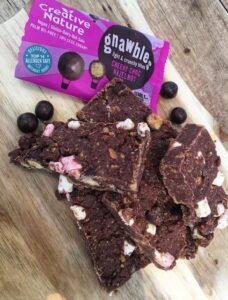 My lifestyle has changed massively since being diagnosed Coeliac. I have to be a lot more careful with what I eat and plan. Yes this does cause a lot of restrictions, especially in social situations however, if you plan then you will be fine! I have tried a lot of new things that I probably wouldn’t have tried before, it’s definitely helped me to find a love for new foods and be a bit more adventurous with cooking. I love home cooking, making hearty comforting meals and I didn’t do this before. I do this because I know exactly what’s going into it!

Tip: In terms of social situations, always plan. If you know you’re going somewhere and might be limited to food, you can always take your own. For example, I went on a pub crawl a few months ago and because it was afternoon into evening, I knew that I would probably struggle finding something to eat so I just took a wrap in my handbag! Then I knew that atleast I would have something to eat! In terms of trying new things, if you’re newly diagnosed I would really recommend this. The majority of supermarkets have free from sections, just go have a little look round and pick a few things out to try and you will soon learn what you like and don’t like! But don’t always shop in the free from section, there’s sooo much out there that’s naturally gluten free! Just have a read of the labels and you will soon learn what to look out for! 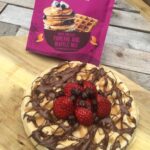 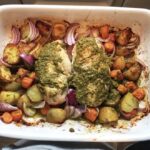 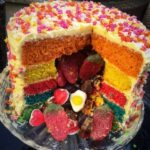