ROYAL MAIL are currently experiencing delays. We apologise for any orders that take longer than usual to arrive. 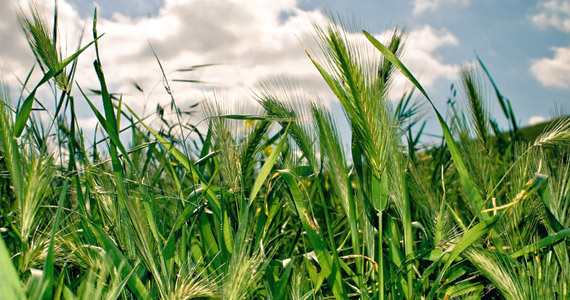 Barley Grass and Chlorella are both superfoods which can both provide health benefits to many. The superfoods, which can be taken as supplements, pills or in juice form, like most products, have some side effects to their use. Through weighing up these advantages and disadvantages, I have found that the use of the New Zealand Barley grass has an overp

owering number of benefits to its use over Chlorella.

Barley grass comes from the soft green shoot of the barley plant grown in New Zealand. The superfood is amongst one of the earliest grown sweet grass in the world and is described by its discoverer as ‘nature’s best fast food’ due to its multidimensional health benefits, which was the reason for its popularity with the ancient Greeks and Romans. Barley grass has also obtained an enormous amount of popularity around the globe today for its ability to cure a broad range of illnesses.

In terms of the health benefits, Barley grass is a fantastic natural detoxifier! The cleansing ability in Barley grass can eliminate harmful heavy metals accumulated in our bodies, including lead, which may cause behaviour problems and learning disorders particularly in kids. Alongside this, Barley grass is the ultimate hangover cure as it aids the body in strengthening the detoxification of the liver.

Barley grass has also been known to help fight addiction in our bodies. The glutamic acid in the barley grass prevents the need for harmful addictive substances such as alcohol, drugs, caffeine and sugary sweets.

One of the most desirable benefits of barley grass is that it can help prevent signs of ageing! Barley grass can naturally stimulate the regeneration of cells without any side effects. These renewing effects in the barley grass help to preve

nt the signs of ageing by rejuvenating the ageing cells and helps preserve healthy and youthful skin.

With anything this good, there are side effects present, however minimal ones at that! Although barley grass is generally safe, it’s important to bear in mind the precautions of its use, which include possible vomiting, itching and a burning sensation in the throat. Anyone suffering with celiac disease should try and steer clear of the usage of barley products as it may contain gluten protein and therefore could interfere and cause serious complications to the body.

Chlorella is a single-cell green algae belonging to the phylum Chlorophyta. I found there were also several health benefits to using this product. The use of chlorella can improve flu vaccine responses dramatically, as well as increasing the number of ‘good bacteria’ in the intestine to improve digestion. Chlorella can be used for the prevention of stress-related ulcers and rashes, the treatment of constipation, bad breath, reduction of asthma attacks and hypertension, amongst many others.

However, the side effects and disadvantages of chlorella seemed to outweigh these advantages in contrast with barley grass. Chlorella is only possibly safe when taken by mouth and has a long list of possible physical side effects including diarrhoea, nausea, gas and stomach cramping. There is also a big concern that chlorella may cause ‘bad bacteria’ to take over in the intestine of people with weak immune systems, which means it has a high risk for many people.

Obviously, both superfoods have amazing health benefits for our bodies (they aren’t called superfoods for nothing!), and every good thing has some bad things that accompany it! However, for two superfoods which hold similar benefits and can be consumed in similar ways, I found that if it came down to choosing between Barley Grass and Chlorella, Barley grass would be your safer and (even more) super option!