It is almost a year on from the killing of George Floyd d in the US, which ignited the protests against racism around the world. Recently the police officer who killed him sent to prison for life.

The international human rights campaign actually began in 2013 with a social media hashtag, #BlackLivesMatter.  Since that time, the campaign has called for Black people to be treated fairly by authorities in the USA and around the world.

The movement was founded by three Black women: Alicia Garza, Patrisse Cullors and Opal Tometi, as a response to the police killings of Black people.

In 2013 after African -American teenager, Trayvon Martin was shot whilst walking to a friend’s house, and the subsequent acquittal of the man who shot him, Alicia Garza used the phrase ‘black lives matter’ in a social media post after the shooter was found not guilty.

The power of her words were recognised, and the campaign was born.

Why did it start?

Throughout the years between 2013 and 2020, there have been many protests in the USA against police brutality towards Black people.

The campaign has grown, and in July 2016, there were 100 organised protests taking place in America following other deaths.

In this year, some major American sports stars began to support the cause too, with two basketball players opening an award ceremony by speaking about the recent death of Black people at the hands of people in ‘authority’.

The same year, many sports stars also took protest during the national anthem at sports games, beginning with Colin Kaepernick who knelt during the anthem before an NFL game.

By May 1st 2018, the #BlackLivesMatter hashtag had been used 30 million times on Twitter since that first post back in 2013.

After the death of George Floyd on 25th May 2020, BLM organised protests and by June 6th, there had been protests held in all 50 states, and Washington D.C. George Floyd’s unnecessary death, the viral video showing the manner of his death took the campaign to a whole – and very sad – new level.

Demonstrations were held around the world, including the UK, Spain, Italy and Australia, demanding justice for George Floyd, and to draw attention to racial injustice worldwide.

In the UK, hundreds of people gathered at the US embassy in London on 31st May.  Further anti-racism protests took place across the UK in Jun and July. The first Million People March, took place in August; a walk across London to protest against racism in the UK.

Despite the pandemic, these protests were attended by people of all races and backgrounds, and a high number of young people, all calling for change. The general theme was that until #blacklivesmatter then we cannot have ‘all lives matter’.

In April this year, the police officer charged with George Floyd’s killing was found guilty on all three counts of second and third degree murder and manslaughter. The jury’s decision was unanimous. This was a moment of some significance, as some police officer involved in other killings have not been brought to justice – and some still even work as police officers.

Although our police don’t carry guns, there have also been many cases highlighted in the UK, where Black people have died whilst in police custody. Sadly people do die while in custody, but Black people account for 8% of these deaths, while they are only 3% of the population.

In March this year, the Government announced a fresh review into race and ethnic disparities.

Some ethnic disparities for people living and working in the UK

Government findings looking at housing in the UK, 2020:

in every socio-economic group and age group, White British households were more likely to own their own homes than all ethnic minority households combined.

across most income bands, White British households were less likely to rent social housing than households from all other ethnic groups combined.

Stats Diversity in the workplace UK

Here at Creative Nature,  we do have an ethnically  diverse staff, and support the goals of the BLM campaign. 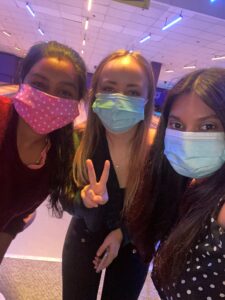 as everyone though the statistics don’t appear to show that this is necessarily the case.

The Black Lives Movement was nominated for the Nobel Peace Prize by Norwegian MP Petter Eide. Part of his nomination reads,

“awarding the peace prize to Black Lives Matter, as the strongest global force against racial injustice, will send a powerful message that peace is founded on equality, solidarity and human rights, and that all countries must respect those basic principles.”

Here at Creative Nature we support that message.