£5 Chocolate Collection on all orders OVER £20

Home / Blog / Do you know all there is to know about ‘gluten’?

It has become more common over the last few years to hear people say they are gluten free when talking about food.

Some people choose to be, they feel there are health benefits to gluten free diets, while others don’t have a choice. They may be forced to eat a gluten free diet due to an intolerance or a more serious condition called coeliac disease.

So, what exactly is gluten? 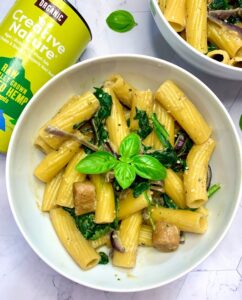 Gluten – what is it?

Gluten is a protein found in many grains, including wheat, barley and rye. It is common in bread, pizza, pasta and cereal and some ready meals.  Gluten doesn’t provide any essential nutrients. It is a substance which helps foods maintain their shape, often described as a ‘glue’ which holds things together.

What is coeliac disease?

This is a condition which can be very, very painful and can take a long time to diagnose. It occurs when your own immune system attacks your own tissues when you eat gluten. This in turn causes damage to your small intestine (gut), making your body unable to absorb nutrients properly.

Coeliac disease can cause a range of symptoms, from mild to severe, which often come and go, including diarrhoea, abdominal pain, bloating, indigestion, constipation and also may include unexpected weight loss.

Although no cure, the best way to treat the disease is to follow a gluten free diet.

Coeliac is not an allergy, or an intolerance, but an autoimmune disease. It’s difficult to diagnose and involves eating gluten for about six weeks, taking bloods to find out if relevant markers are present. Therefore, there are a whole group of people who class themselves as ‘undiagnosed coeliacs’ as they cannot risk eating gluten for weeks to get an official diagnosis.

What is gluten intolerant?

A gluten intolerance, is when you suffer from similar symptoms to coeliac disease, but no antibodies are produced, and there doesn’t appear to be damage to the gut lining. 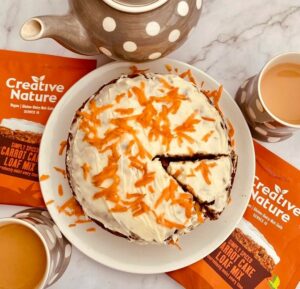 What are the differences?

With gluten intolerance, unlike Coeliac disease, the consumption of gluten will only cause short term bloating and stomach pain, and it doesn’t usually cause long term harm to the body.

All of Creative Nature’s baking mixes and snacks are gluten free, so perfect for anyone you know who suffers from coeliac disease or who is gluten intolerant. Be sure to check our social media to see our gluten free recipes using our products.