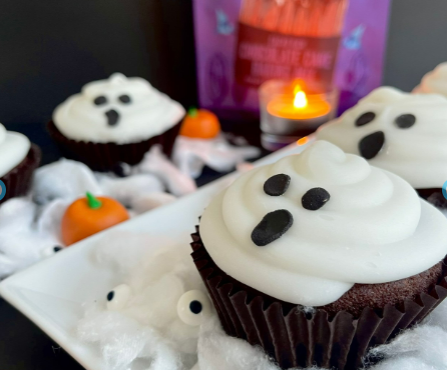 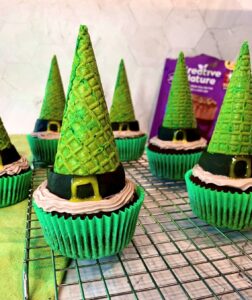 We have always embraced it and gone for it. We all enjoy dressing up, and also creating some scary decorated cakes!

The origins of Halloween are hard to pin down however they seem to come from a mix of ancient traditions both Celtic and Christian. It’s believed its roots may come from the Celtic festival to mark the end of summer, Samhain, when the Celts believed that the dead walked the earth on the night of October 31.

It then became associated with the Christian All Saints Day on November 1, and became All Hallows Eve. What’s clear is that its origins go back thousands of years and have adapted over time. In 1785, the Scottish poet Robbie Burns wrote a poem called ‘Halloween’ so the word gradually came into common use.

Halloween is supposed to be a scary time – scary costumes, scary films and sweets. 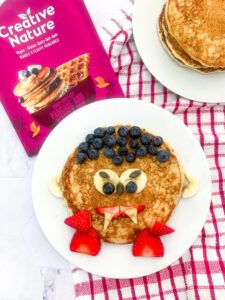 For parents of children with allergies, this can be a frightening time for a different reason.

Six of the top allergens are in high circulation during Halloween: wheat, milk, soy and eggs and used in most chocolate, caramels and even fruit chews.  Many sweets are made with or processed with the same equipment as nuts, and just the tiniest amount of these allergens can cause an anaphylactic reaction for sufferers.

So, how do you plan for a safe Halloween if you or a family member is at risk?

*Any of Creative Natures snacks would make perfect treats: any flavour of Gnawbles, Protein Bars, and Raw Fruit Oaties

What is the Teal Pumpkin Project and Campaign?

The Teal Pumpkin Project was started in the USA by Food Allergy Research and Education, (FARE) to enable children with food allergies enjoy Halloween as it’s such a big celebration over the pond. 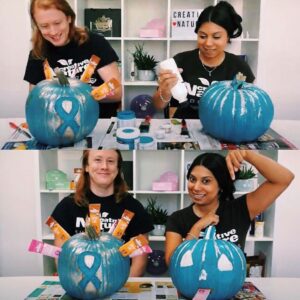 Teal pumpkins began to appear in the UK in 2016, and this year, hopefully there will be more awareness around the idea, and more teal pumpkins will appear outside people’s front doors.

Buy either a real, or artificial pumpkin and paint it teal using regular paint that you can find at any DIY or relevant store (you won’t be eating the pumpkin), then leaving it on your doorstep. This shows trick and treaters that your house has allergen-free Halloween treats. This mean that children who may otherwise not be able to join fully on Halloween, and go out trick or treating, will be able to do so, as long as they look out for the teal pumpkins.

The Teal App was launched in the UK last December, and Julianne, our CEO, is the UK’s Ambassador. There is a whole load of useful tools to help track your family’s allergies, on the app.

You can also visit the Teal Pumpkin Project’s website, although many of the resources are based in the US, you can easily adapt them for your use here in the UK.