Nutella, in case you don’t know, is a spread flavoured with cocoa and hazelnut and it’s known all over the world. It was first introduced in Italy in 1964, but is now popular throughout the world and people often think it’s a new spread – with overnight success. The reality is that it’s over 50 years old! The first Nutella Day was in 2007, and is the brainchild of a Nutella enthusiast and blogger, Sara Rosso. Each year, the company behind it The Ferrero Group, selects one Nutella lover to the lead the celebrations.

On February 5 each year, Nutella fans post pictures, recipes and messages, sharing their love for the spread. In 2005, nearly 28,000 fans gathered together in Gelsenkirchen, Germany to participate in the world’s largest continental breakfast. It was in 2014 that Nutella marked it’s 50th birthday, and held celebrations in ten countries around the world and in 2017, the first Nutella Café opened at Chicago’s Magnificent Mile. 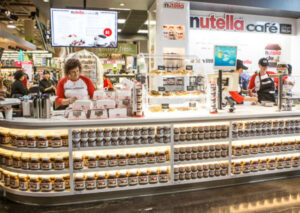 How can you enjoy Nutella with when you are allergic to nuts and other allergens?

Sadly though, as much as many people love Nutella, it is not something that those of us with nut allergies can eat. Of its ingredients, hazelnuts are the largest percent, at 13%. As a child it is one of the many pleasures and choices for sandwiches, and it must be difficult when you see your friends eagerly eating their chocolate spread snacks and you are left out – yet again!

But how about making your own?

We found this recipe for Cacao chocolate Spread, which is dairy and nut free. To have a nut taste, you could mash some Cheeky Choc Hazelnot flavoured Gnawbles into the spread, and then you would have your own, safe, version of chocolate nut-tasting spread! 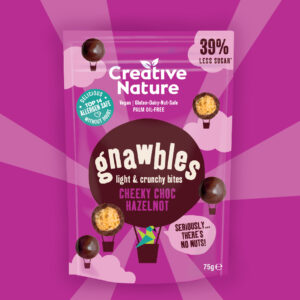 We would add: Crush some Cheeky Choc Hazelnot Gnawbles into the mix too. 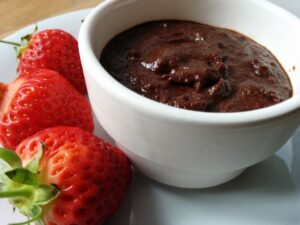 A few weeks earlier, Columbia university were at the centre of news when it was found the school was spending $6,000 per week on the spread for one of its dining facilities, where students were allegedly eating up to 100 pounds per day.

View all posts by Ellie@creative-nature.uk.com