Home / Blog / FANCY A CUPPA! WITH A FRIEND IN THE GARDEN?

Did you know that it’s National Tea Day this month (April 21), a whole day to celebrate drinking tea. A really British institution.

Tea is part of British society. 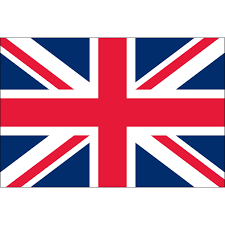 We drink tea while we work; to cheer ourselves up; even when we have a problem, the answer is often, ‘let’s put the kettle on and have a cuppa’….

If you’ve had a shock, a cup of sugared tea is often suggested.

Tea, it appears is the answer to everything, whatever the question!

We love tea at Creative Nature – however there are now so many to choose from – English Breakfast, Earl Grey, or a myriad of fruit teas, even cold teas…

Some facts about tea drinking in the UK:

The most popular teas in Britain are:

*Do you add your milk before or after the tea?

It is thought that the reason people put the milk in first is because in the past, when tea was drunk in porcelain cups rather than the mugs, many of us use today, only better-quality porcelain could cope with the very hot tea.

Therefore, people with lower-quality cups had to put the milk in first so the cup wouldn’t crack and break.

However the late great Sam Twining of Twinings never recommended putting milk in any tea at all! 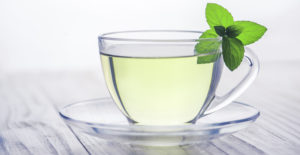 What do you do?

*What to serve with Earl Grey?

Do you add milk to your Earl Grey, or lemon?

*What is Chai tea? Or should we say what is chai?

In India, Chai is tea – it is the Hindi word for tea.  During the time of the British East India Company, India, and tea from Assam was one of its biggest commodities.

As tea consumption grew, the Indians took the British style of drinking tea and added their own spin – the addition of spices, such as ginger, cinnamon and cloves.

Each family adds its own choice of spices to suit that family’s taste.

Chai Latte, now available in most coffee shops is made by mixing steamed milk with black tea that has been infused with spices. The drink is then topped with foam.

Hopefully, we may all be able to move around a little more nearing the end of April. If we can then why not meet a friend for a cup of tea in your garden their garden or even out and about perhaps in a beer garden or a café’s outside space?

It will be a good time to support your local businesses, and a great reason to meet up with friends you’ve not seen for ages.

However, if you prefer, why not create your own afternoon tea at home?

You can easily create an afternoon tea using our free-from range of products.

Most of the recipes can be found on our website, and they all use our baking mixes and other products.

Home-made bread sandwiches, made with our gluten-free all-purpose flour, and you could make your own gluten-free scones too. 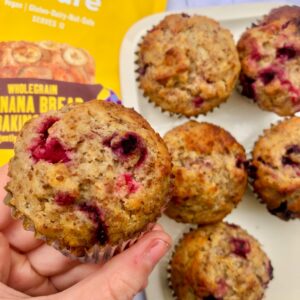 Make a pot of your favourite tea, and enjoy an afternoon tea in your own home, alone or with friends.

If you are still unable to leave the house, when you bake and prepare the afternoon tea, prepare enough for a friend too, and deliver it to them, and enjoy sharing your tea celebrations over an online call.