Enter EASTER20 at the checkout for 20% off 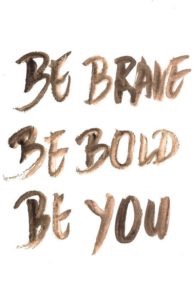 ‘Be Bold For Change’ was the phrase on the minds of women and supporters worldwide this International Women’s Day, Wednesday, 8th March. #BeBoldForChange is a slogan meant to rouse supporters of gender equality to take action and begin to establish a fair society, one of which parity between genders is a common mindset. Last year’s International Women’s Day was one of great significance,  many people of influence around the world such as; Richard Branson (Vigrin CEO), Fiona Dawson (Global President) and Mark Weinberger (EY Global Chairman), pledged their allegiance to equality not only within their organisations, but to wherever their reach allowed.

In the UK, thousands of organisations across the country held events not only celebrating women of today, but taking the opportunity to educate the masses at conferences and marches to make sure the point is clear; IWD is a campaign for equality, everyone needs to be on board.

We at Creative Nature are very proud after this year’s events, as our very own founder and CEO, Julianne Ponan, was a keynote speaker at the ‘Empower Women of Croydon’ seminar, inspiring fellow women with the story of how she’s launched her own innovative products, reaching high end retailers in a 4 year period, and is now going global with our brand.

The result of the world’s love and effort in supporting this change of the world has been even more substantial than ever, millions were raised for international charities and trusts supporting women’s health, socioeconomic positions and going towards women suffering from domestic abuse.

As wonderful as the outcome of this International Women’s Day has been, it’s still to be seen as cleaning up the mess from our societies’ unfair, patriarchal past.

There’s still a long way to go, so keep being bold for change.