Home / Blog / WHAT DOES KINDNESS MEAN TO YOU?

World Kindness Day falls on November 13th  this year, a day to promote kindness throughout the world.

The international day which was formed in 1998, is now observed annually, as part of the World Kindness movement.  An organisation, with no political, commercial or religious affiliations. The idea was formed at a conference in Tokyo, in 1997 and is now recognised by over 27 nations.

Around the same time as Kindness Day, it is also Remembrance Day and Armistice Day.

The remembrance on November 11th is to recall the end of World War 1, commemorate those who fought in that war and honour the veterans from all conflicts we have been engaged in. The armistice agreement took effect at 11 am, so we have a few minute’s silence in memory, on the 11th hour, of the 11th day, of the 11th month.

The Queen also leads the country in a ceremony at the Cenotaph in London where a two minute silence is held.

Not all countries around the world celebrate remembrance on the 11th, and also, depending where you are in the world it may be called, Armistice Day, Veteran’s Day, Anzac Day, or Remembrance Day.

A time when we give our time, with kindness and respect to think about the soldiers lost in battle, and their loved ones.

The importance of kindness for those living with allergies

Being kind is important in the world of those living with allergies or intolerance where you are isolated, humiliated or you feel at a disadvantage. 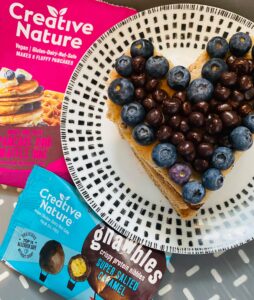 People can be extremely unkind when you have allergies, or food intolerances, especially when it affects their own behaviours or choices. They don’t understand how seriously it can affect your health, and often think it is just people being faddy, or being awkward, so often you can feel humiliated, isolated, or at a disadvantage about something you have no control over.

It is usually strangers, or young people who don’t understand, because they haven’t been educated about the issues.

Therefore, if you have friends who suffer from allergies, or intolerances, stand up for them if others make fun. Or, even if you see someone you don’t know being treated unkindly somewhere, step in and support them.  It may appear ok, to make a joke, but it’s not funny when you live each day, having to check everything you eat to ensure it’s not going to either make you extremely ill, or worse, kill you.

In the future, when you’re eating out, be kind when you someone is taking time to order their food. Don’t jump to conclusions that they are fussy-eaters, or being awkward, be kind and consider if they may actually be someone who suffers from food allergies, or intolerances and they’re just trying to have a treat, just like you.