Home / Blog / WILL YOU BE CHANNELING YOUR INNER PUDSEY THIS MONTH?

At Creative Nature, we’re so excited about this year’s Children In Need campaign! So much so that we’re going to be doing a MASSIVE giveaway over on our Instagram feed to help raise valuable funds to support children in the UK. 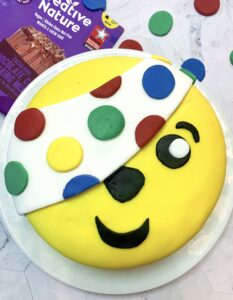 If you follow us there – just click here – you’ll see when the Children In Need giveaway goes live.

This year for Children in Need we are raising money by holding a giveaway on our Instagram page. We have collaborated with other brands to create as much awareness as possible. To enter this giveaway we have created a Just Giving page where each person donates £2 for one entry (you can enter as many times). The page is open to any donations whether that be through the giveaway or not, any donation is very appreciated and will go a long way.

As an ethical allergy free brand, we know how much serious allergies and anaphylaxis and conditions like being coeliac can affect children. We hear stories often from parents who manage this on a daily basis. Our CEO Julianne was one of those children. From a very young age, children with these conditions can feel ‘different’.

Therefore it’s very natural for the Creative Nature team to embrace the whole ethos of Children In Need and offer something to support other children who may be struggling and need a little hand up.

History of BBC Children in Need 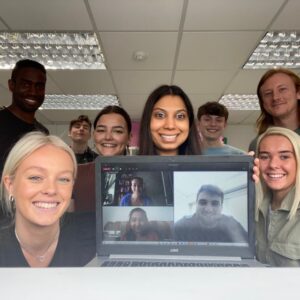 In 2020, the UK helped raise £57 million to change the lives of disadvantaged children and young people throughout the UK.  During the actual ‘night’ the total raised was £37 m.

Because of the donations from the public, the BBC Children in Need has awarded 2,700 grants at a value of £74m to local charities and project across the UK.

Since the beginning of the pandemic, the charity has been giving funding to address digital exclusion, and supplying laptops or tablets to families who would not otherwise afford them or access these IT items.