All of us rely on the Post Office to deliver our letters and parcels, and even though over recent years, many other delivery companies have taken on some of the work, the Royal Mail Group delivered around 14.4 billion letters in 2017-2018.

We are still fortunate to have post delivered to our doors and not have to go to collect our post from the post office, as happens in some countries.

Like many small businesses, being able to send our products through the post, and also receive supplies is vital – especially with online sales.

Daisy (on the left), who works as a warehouse and marketing apprentice at Creative Nature, comes from a family of posties. Her mum is a postie, so we asked her some questions about what it’s like working as a post person today.

*What makes a good postie?

Definitely someone who is a morning person, due to early starts. They can start as early as 5am, which obviously means getting up even earlier!

Also, you need to enjoy both working well as a team and working alone for long periods of time.

Another asset is be someone who is physically fit or has a lot of resilience.  On some days you hit as many as 40,000 steps!!

*Do posties eat whilst out and about? 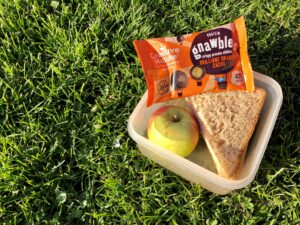 Posties are always eating on the go, so need a number of nutritious snacks to keep up their energy. There is always a range of tea, coffee and biscuits in the office before they all head out on their rounds. But to be honest, they don’t often get eaten because everyone wants to head out as early as they can. My mum always has a snack bar or some fruit with her in the van to munch on . 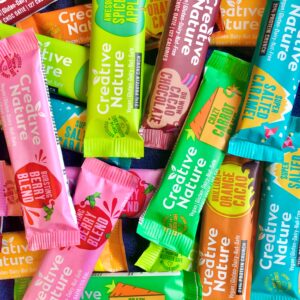 *What makes a good postie lunchbox?

The perfect postie’s lunch would be a range of ‘picky bits’ that are easy to eat. Protein bars are Mum’s go to plus a choice of fruit and a sandwich or salad. And a little bit of chocolate as a sweet treat to finish off. She is constantly drinking on the go and as are her colleagues, especially when the weather is hot.

Why not say ‘thank you’ to your postie today!